Dr. Hamwi’s goal is to make every patient feel as good about themselves as possible through unmatched service, genuine compassion, and outstanding results. His greatest compliment is when a patient recommends a friend or family member. Dr. Hamwi is proud to offer his services to Sarasota and Lakewood Ranch, FL area patients looking to better their lives through aesthetic plastic surgery.

We invite you to learn more about Dr. Hamwi’s training, philosophy, and more by reading on. You can also schedule a consultation with Dr. Hamwi today by calling (941) 800-2000 or contacting us online today! 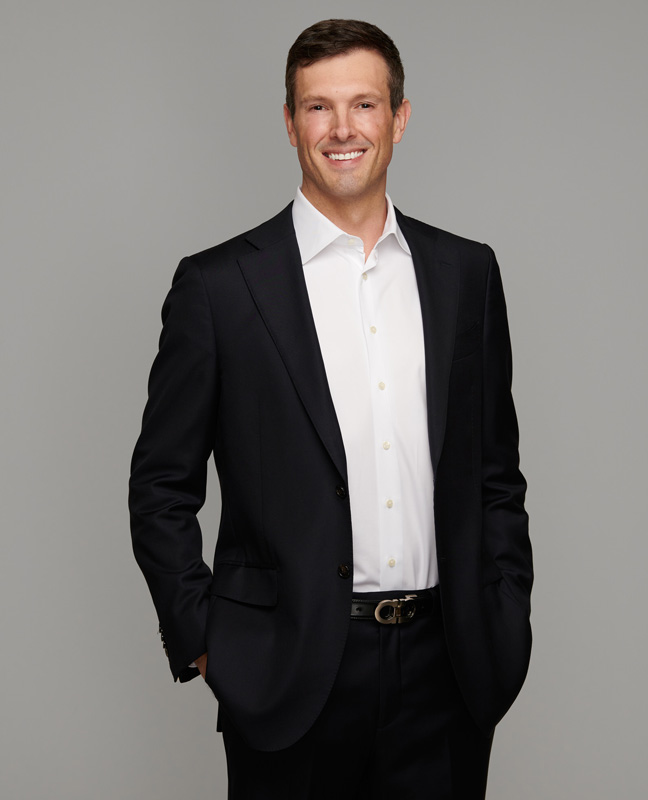 Dr. Hamwi completed his training at Georgetown University Hospital, Indiana University Hospital, and Massachusetts General Hospital / Harvard University. He continued his training with an aesthetic fellowship through Mount Sinai in New York City, one of the country’s most competitive programs. To become board certified by the American Board of Plastic Surgery, Dr. Hamwi scored in the 90th percentile on his certifying exam.

Dr. Hamwi was raised by a professional artist and sculptor and spent most of his plastic surgery training drawing and journaling hundreds of illustrations. This artistic sense and attention to detail is something that Dr. Hamwi channels in every aesthetic case.

Dr. Hamwi has always had a special interest in liposuction and has been honing and perfecting his craft since 2010. In his pursuit of the best techniques, he has traveled to and studied with some of the country’s most well-known surgeons. He has operated on patients from all over the world and most of the United States. His patients include professional athletes, professional cheerleaders, politicians, celebrities, and Emmy winners, but also everyday heroes like husbands, wives, brothers, and sisters.

Dr. Hamwi’s highest goal is to help patients feel better about themselves. Genuinely wanting the best for all of his patients, Dr. Hamwi has cultivated a culture that emphasizes customer service. Florida Plastic Surgery is committed to the continual growth and application of new and innovative ways to deliver the best care to our patients. After ten years of training in academic medicine, Dr. Hamwi only uses devices and techniques that can be proven to work and does not waste time with false treatments.

We measure our success based on the happiness of our patients. This is perhaps the highest standard and most challenging to achieve but none the less the most important.

Ready to Partner With One of the Best Plastic Surgeons in Sarasota?

If you are ready to take the next step and learn more about the many benefits of aesthetic plastic surgery, it is essential to form a genuine partnership with a surgeon who has your best interests in mind. Dr. Hamwi is committed to exceeding your expectations in service, results, and overall experience. Ready to get started?

Florida Plastic Surgery invites you to get in touch by calling (941) 800-2000 or filling out our online form. We look forward to meeting you soon!

Dr. Hamwi is a perfectionist and did a great job on my lipo 360. He has a natural artistic ability that is so important to plastic surgery. Great bedside manner as well. Would recommend him and fully trust him for any cosmetic procedure.

SPECTACULAR - From the very time I reached out for a consultation to the end of procedure, the experience superceeded all of my expectations and unmatched from all of my other experiences at other facilities. Dr. Hamwi and the entire staff we personable, attention and exceptionally skilled. The helped ease my anxiety and explained everything thoroughly.

The best experience I could have imagined. Everything was wonderful from the consultation to the procedure itself. Dr. Hamwi was professional and explained everything step by step which helped to keep my mind at ease through the difficult times during the procedure. I look forward to when the healing is complete and I can come back for more!

From The Doctor: FAQs with Dr. Kristopher Hamwi

What do you like most about being a plastic surgeon in Sarasota, FL?

I went into medicine because I wanted to help people. I went into aesthetic plastic surgery because I wanted to help people feel good about themselves. Plastic surgery is about bringing joy to people’s lives. There aren’t very many fields in medicine that get to say they bring joy to people’s lives (delivering babies and massive weight loss surgery are the only other ones that come to mind.) One of my favorite parts of my job is seeing my patients post-operatively. The best part about my job is hearing patients tell me how much they love their result and how it has impacted them. Plastic surgery is special in that its surgeons can develop relationships with their patients in a way that goes beyond just their brief time in the operating room and post-op visits.

In the same way that a family practice doctor becomes intimate with a patient and their family, I enjoy hearing from my patients as they live their lives and enjoy their results. I often see patients for various other treatments and continue my relationships with them, which I love. Medicine, and by extension, plastic surgery has never been about running a business to me; it’s too personal.

Why did you become a plastic surgeon in Sarasota, FL?

My eventual career as a plastic surgeon probably materialized from the combined influences of my Grandfather and father. My Grandfather (George Hamwi) was a somewhat famous endocrinologist, and besides having a camp for diabetic children and a library named after him, I was often confronted by actual patients of his who he had helped throughout his career and who spoke highly of him and his efforts. These interactions helped me to understand how influential and positive doctors could be in people’s lives. I was convinced that I wanted to be a doctor for as long as I can remember.

As far as my eventual choice of aesthetic plastic surgery, that was probably a little more subconsciously fostered and cultivated by the exposure of my father. My father (Alan Hamwi) is a classically trained professional sculptor, and I grew up surrounded by clay and pencils with a sketch pad. I was encouraged to express my creativity and taught how to critically evaluate objects and then translate that into a new medium. Without knowing it, I spent all of my childhood and young adult life receiving a world-class art education. As my exposure to medicine progressed, aesthetic plastic surgery was naturally intriguing.

While I was in medical school, I realized I had a natural ability and interest in surgery. I could both help people and use my technical abilities, so I chose a general surgery residency. Through general surgery, I was exposed to various surgical specialties, from trauma surgery to vascular surgery to transplant surgery. While I was in residency, I excelled, and I was chosen to be the Chief Resident. I was also selected for various awards from different departments (transplant, thoracic, trauma, “nurses choice award”). But it was plastic surgery that “spoke to me” and ultimately was the most compelling for me.

Through general surgery, I had first been introduced to plastic surgery and specifically aesthetic plastic surgery. It was that experience that ignited my passion for the field. It was somewhat of a “eureka” moment while I realized how much I enjoyed the field and how well suited I was for it.

From that time on, I was singularly focused on my eventual career in plastic surgery and specifically aesthetic plastic surgery. I spent as much time as I could with the plastic surgeons, and I spent the years as a resident refining my skills as a surgeon. General surgery residency is known for being particularly difficult, but it gave me the technical skills to “hit the ground running” when I started my second residency in plastic surgery.

I completed my last year of training in Manhattan at one of the country’s most competitive aesthetic plastic surgery programs. All in all, I have spent 10 years training to get where I am today.

What is your philosophy at your Sarasota Plastic Surgery practice?

The goal of my practice is to help patients feel better about themselves. I truly want the best for all of my patients. This sincere desire to please has cultivated a culture in the practice that puts an emphasis on customer service. My endless pursuit of perfection has directed me toward continual growth and application of new and innovative ways to deliver the best care to our patients. I am open minded and want to use the best techniques and technologies but after ten year of training in academic medicine I only use devices and techniques that can be proven to work and don’t waste my time with bogus treatments. We measure our success based on the happiness of our patients. This is perhaps the highest standard and most difficult to achieve but none the less the most important.

What methods did you employ to accomplish your goal of becoming a successful doctor?

Hard work, dedication, focus, and compassion. I spent countless hours learning how to evaluate patients, determine the optimal management, carefully perform operations, and thoughtfully manage their recovery. I found specialists and mentors that I could learn from, went to conferences and training courses across the country, and performed large operations on beating hearts and operations so small that I used a microscope. I put myself in very controlled operative environments and unpredictable trauma centers to have a full breadth of experience. When I would complete one aspect of my training, I wouldn’t stop; I would ask myself, “what can I do to become better?”

What type of surgical procedure do you specialize in?

I am board certified in both general surgery and plastic surgery and can operate all over the body and on all sorts of organs. I have focused my practice specifically on cosmetic procedures. I have specialized training on procedures of the face, breasts and body. I have trained with some of the great surgeons of Manhattan, Boston and Washington, DC and want to bring that level of expertise to my practice in Florida.

Why do patients choose you as their plastic surgeon, and what makes you different and unique?

Compassion – At Florida Plastic Surgery, we want the best for you and we treat you like family.

Customer service – We offer the complete package in patient care. From pre-op to post-op, there will be someone to guide you through the process. Whether this is your first procedure or you have “been there” before.

Innovation – We will use the latest techniques and technologies to provide you with optimal outcomes. We proudly offer virtual consultations for out-of-town patients, rapid recovery breast protocols, Exparel for reduced post-operative pain control, Awake lipo, Prevena for reduced scaring, neck contouring, liquid rhinoplasty. For our out of town customers we coordinate recovery with post-op massage and healing vitamins.

What three words best describe you?

What do you like to do in your leisure time when you are not operating or seeing patients?

I am a husband and a father of 3 young children (2 daughters and a son). I love spending time with them. My wife and I are also avid travelers and have been all across the U.S. and to 14 different countries.

Tell us about your education and training.

What setbacks or obstacles did you encounter while pursuing your goals?

How did your journey to be a plastic surgeon change you internally?

It grounded me and made me even more detail-oriented.

Where did you grow up?

I grew up in Columbus, Ohio.